Your gift to the University of Iowa makes a difference. By giving to your Iowa passion, you help change the lives of our students, our community, and the world.
About
Leadership
Accountability
The University of Iowa Center for Advancement helps UI friends and alumni stay connected, get involved, and give back.
Home Iowa Stories What Could Be the Fallout From the U.S. Capitol Riot?

What Could Be the Fallout From the U.S. Capitol Riot?

By Shelbi Thomas
An Iowa law professor shares his insights into what the storming of the Capitol by pro-Trump insurrectionists could mean for America. 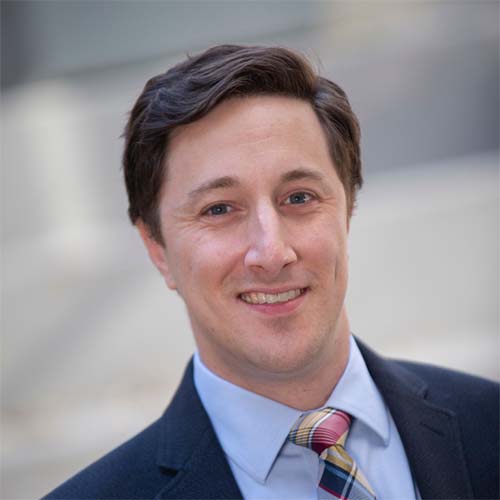 Members of Congress evacuated the House and Senate chambers on Jan. 6 as a mob of supporters of President Donald Trump raided the U.S. Capitol to protest the certification of the 2020 presidential election results. Following a Trump rally, rioters scaled walls, broke windows, and gained access to the Senate floor and House Speaker Nancy Pelosi's office. At least five people died in the clash between rioters and law enforcement.

Iowa Magazine interviewed Derek T. Muller, a professor and election law expert at the University of Iowa College of Law, to learn how these events could affect our democracy's future.

Is there any precedent in American history for what's occurring during this transfer of power?

It's hard to find any historical comparisons to 2021. In 1860, the election of Abraham Lincoln was enough to cause secession. And other presidents have been fairly sore losers, leaving town without attending the inauguration. But there's never been a sustained attempt like this by a president to seek to overturn the election results, to deny the legitimacy of the president-elect's victory, or to incite a mob to 'fight' for him like this.

Was the Capitol breach a threat to democracy?

Political violence is a great danger to democracy. We rely on the public's trust in the legitimacy of elections. Storming the Capitol and disrupting legislators during their official business of counting electoral votes is a worrisome sign for future elections.

What crimes could those who stormed the Capitol be charged with?

Rioters might be charged with assault or vandalism. More serious might be seditious conspiracy, defined as seeking to hinder or delay the execution of any law of the United States or by force taking away property.

What is the 25th Amendment, and could it be applied to this situation?

Do you think President Trump's role in the Capitol riot could lead to impeachment?

Impeachment seems unlikely because Congress is not in session and would need to move quickly. The House could adopt articles of impeachment by a simple majority vote. The facts are straightforward, so there wouldn't need to be an extensive investigation to gather facts. It would then go to the Senate for a trial, which could remove the president by a two-thirds vote. It could also bar him from serving in any office of honor, trust, or profit under the United States, effectively preventing him from becoming president again. It's also possible, if untested, to impeach him after he has left office, which would allow Congress to vote to bar him from future government service.

Do you think the events that unfolded at the Capitol on Jan. 6 might lead to any changes in federal election law?

It remains unclear how Congress might respond to this as a matter of federal election law. The Electoral Count Act of 1887—the statute under which Congress was counting electoral votes—allows objections like those lodged in Congress, and a small change in the future might make objections harder. In a broader sense, Congress might be more inclined to support H.R. 1, an omnibus election bill that requires independent redistricting commissions and campaign finance changes, but it's not clear if those changes could pass the filibuster in the Senate or would instill public confidence in elections. Statehood for the District of Columbia, after experiencing an out-of-control riot like this with fewer resources than it needed, may also be a more pressing issue and would add two senators and one representative from the District to Congress.

What might the events of Jan. 6 mean for the future of our elections?

It will take a long time to assess the fallout of these riots. Distrust in our elections is very high among a significant segment of the population right now, and some Republicans in Congress are encouraging that distrust. It is very hard to think of a productive way forward if the losing side in an election cannot accept losing.